The Ludwig Maximilians Universität in Munich is one of the leading research universities in Europe, with a more than 500-year-long tradition. The University is committed to the highest international standards of excellence in research and teaching. The Faculty of Law is one of the largest law faculties in Germany with an excellent reputation. Research conducted and published by the Law Faculty is highly renowned, nationally and internationally. This is evidenced by the large output of notable publications, numerous international honours, prestigious scholarships and research grants which have been awarded to faculty members, the appointment of current and former faculty members to the Federal Constitutional Court and one former member to the International Court of Justice in The Hague. The Faculty is also involved in specialised collaborative research projects on the national and international level. Private International Law has a long tradition in Munich. The Institute for Comparative Law was founded already in 1916 by Ernst Rabel; today three chairs of the Institute are dedicated to research and teaching in private international law. 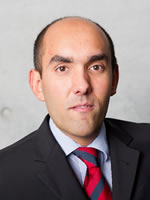 Anatol Dutta is Professor in private law, private international law and comparative law at the Ludwig Maximilians University of Munich. Previously, he was Fellow at the Max Planck Institute for Comparative and Private International Law in Hamburg (2003–2014) and Professor at the University of Regensburg (2014–2017).

In 2009, he was a visiting fellow at the University of Cambridge. He regularly teaches as a guest lecturer at foreign universities, for example at Kyushu University Fukuoka in Japan (2012), at the University of Auckland in New Zealand (EUCN Visiting Fellow 2013) and at the Lomonosov Moscow State University (2015). Anatol is a member of the editorial board of the Zeitschrift für das gesamte Familienrecht (FamRZ), the leading family law journal for practitioners and academics in Germany, a member of the German Council of Private International Law and the reform commission of the German Family Court Association. In 2015, he was a member of the Expert Group of the European Commission on the revision of the Brussels IIa Regulation.

Anatol has a special interest in family and succession law, from a private international law as well as a comparative and interdisciplinary perspective. He has researched the topic of protection orders in the EU and published an article on the subject in the Journal of Private International Law. 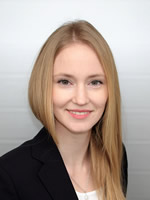 Tatjana Tertsch is a research assistant at the Ludwig Maximilians University of Munich and currently working on her doctoral thesis in international family law.