The Faculty of Law Osijek is a part of the University of Osijek, the third oldest university in Croatia and is named after the philanthropist and bishop Josip Juraj Strossmayer (1815 – 1905). The University currently has 24 constituents, including 11 faculties, 5 university departments and an academy of arts with close to 22 thousand students attending courses in 88 academic and 9 professional studies.

The Faculty of Law was established in 1975 and from that date has educated many generations of distinguished lawyers, who performed or still perform responsible jobs, including those at highest positions, such as judges, legal practitioners, state attorneys, diplomats, government officials and officials in local and regional self-government, employees in economic and political institutions, as well as those employed in science and higher education. Until the year 2018, altogether 7816 students had completed their law studies there.

The Faculty of Law in Osijek is organised into 11 Chairs, each comprising mutually related subjects, with the other organisational units being the Library, Secretariat, Law and Economics Clinic and the Lifelong Learning and Foreign Languages Section. 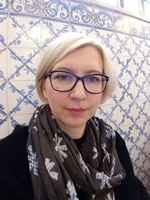 Mirela Župan is an Associate Professor at the Department of Public and Private International Law, and the Head of the PhD Programme in Law. Her professional orientation towards EU law derives from her Postgraduate Scientific Master Study on the Law of European Integration at the Faculty of Law Rijeka (2004) and her PhD on EU private international law on child maintenance (2009). Her main professional interests include cross-border family relations, child protection and human rights within EU acquis. She was awarded with Max-Planck Society Doctoral (2007) and Postdoctoral Grant (2011) to conduct research at the Max-Planck Institute for Foreign and Comparative Law, Hamburg, Germany. She was a Visiting Professor at the Faculties of Law in Pécs, Budapest, Maribor, and Verona; and teaches EU law at the Master’s Programme and the PhD Program. 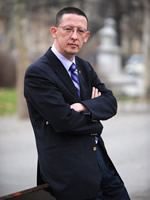 Marin Mrčela is a Justice of the Supreme Court of Croatia and an Assistant Professor at the Faculty of Law Osijek, Croatia. Justice Mrčela is also President of the Council of Europe’s Group of States against Corruption (GRECO). Inthis capacity, he has encouraged countering corruption through a multidisciplinary approach, calling upon Member States to set up overarching integrity policies covering all branches of government. Prior to becoming the Chair of GRECO, Justice Mrčela was alongstanding member of its Bureau, where he took a decisive role in designing and pushing forward an evaluation of political financing in Europe and the USA. Justice Mrčela also served as a judge in war crimes and previously was a Hubert Humphrey Fellow at the American University in Washington DC. He has lectured on corruption, security topics and human rights at numerous universities and institutions around the world. 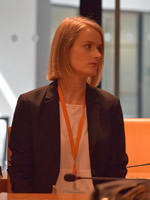 Martina Drventić, LLM, is a research assistant – doctoral student of the Croatian Science Foundation at the Faculty of Law Osijek. She graduated from the Faculty of Law in Osijek in 2013 and enrolled in the Doctoral Study Programme of Law in 2018. Her research is associated primarily with the project Jean Monnet Chair for Cross-Border Movement of a Child in EU, and focuses on the private international family and status law. She is currently involved in two international research groups within projects dealing with the cross-border protection of children and families – Facilitating cross-border family life: towards a common European understanding – EuFams II and Protection of Abducting Mothers in Return Proceedings: Intersection between Domestic Violence and Parental Child Abduction – POAM. She has a practical experience in the field of international child protection, obtained while working as the expert associate at the Croatian Central Authority seated within the Ministry of Social Policy and Youth (2014-2016), and research experience from being a junior researcher at the project Planning the future of cross-border families: a path through coordination – EUFam’s (2016-2018) and research associate on the national scientific project Cross-border removal and retention of a child – Croatian practice and European expectations (2017). She was a member of the working group on the draft of Act on the implementation of the Hague Child Abduction Convention and on the draft of Protocol for Missing Children.

Iva Ižaković is a junior researcher employed on the POAM project. She graduated in 2019 from the Josip Juraj Strossmayer University of Osijek, Faculty of Law Osijek. She has received awards from the University as a grantee of a scholarship for excellence as well as a Dean’s Award for Best Student. During her studies, she attended extra-curricular seminars within the Jean Monnet Chair (Faculty of Law Osijek), the Summer School of Human Rights (Faculty of Law Rijeka) and the Summer School Challenges of Migration and Asylum – Legal Aspects (Europa Institute, Saarland University, SEELS Network). She gained practical experience engaging with primary legal aid within the Law Clinics of the Faculty of Law Osijek. In the framework of popularization symposium Creative Treasury of the Osijek University she acted a member of the Communication Committee and held several workshops and exhibitions.