The University of Aberdeen, founded in 1495, is the third oldest university in Scotland and the fifth oldest university in the UK. Five Noble Laureates are associated with the University, named Scottish University of the Year 2019. Undergraduate and Postgraduate students benefit from multidisciplinary research centres and institutes with experts at the cutting-edge of theirs fields. The Law School is ranked 5th in the UK for Law and is home to the Centre for Private International Law at the University. The Centre for Private International Law is renowned for its excellence and well-established track record in private international law reform. Headed by Dr Jonathan Fitchen, Director, and Dr Katarina Trimmings, Deputy Director, the Centre advances the study of private international law, with major high-quality research and publications in the field. 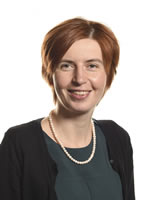 Dr Katarina Trimmings is a Senior Lecturer in law at the University of Aberdeen. She is also the Deputy Director of the Centre for Private International Law at the University of Aberdeen. Her research interests fall within the area of private international law of family law. She has written extensively on cross-border parental child abduction, including a monograph on child abduction within the European Union (K Trimmings, Child Abduction within the European Union, Hart Publishing, 2013). She obtained her PhD from the University of Aberdeen in July 2010, and between August 2010 and July 2012 worked as a Postdoctoral Research Fellow at the Aberdeen Law School on a major research study into private international law aspects of cross-border surrogacy arrangements (funded by the Nuffield Foundation; K Trimmings & P Beaumont (eds), International Surrogacy Arrangements: Legal Regulation at the International Level, Hart Publishing, 2013). She has extensive experience contributing to project management which she gained in particular in her role as a Co-Investigator on a major collaborative EU-funded project on cross-border litigation in Europe (‘EUPILLAR project’) (P Beaumont, M Danov, K Trimmings & B Yuksel (eds), Cross-Border Litigation in Europe, Hart Publishing, 2017). She is one of the authors of the 15thedition of Cheshire’s Private International Law (Oxford University Press, 2017). 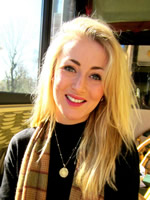 Dr Isla Callander is a Lecturer in the School of Law at the University of Aberdeen. Isla’s expertise is in criminal law, justice and evidence. She is a member of the Centre for Scots Law, an Associate Researcher with the Scottish Centre for Crime and Justice Research, and a commentator on the Scottish Feminist Judgments Project. She has a strong interest in comparative research and has previously been a visiting scholar at both Osgoode Hall Law School and the University of Queensland. Isla was previously awarded her PhD from the University of Glasgow, where she held the Criminal Law and Criminalisation PhD Scholarship. She also holds an LLM by Research and an LLB with First Class Honours from the University of Glasgow. 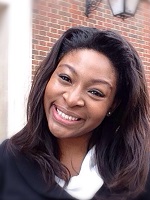 Dr Onyója Momoh is a Family Law Barrister in London who works in the area of cross-border child abduction and is ranked in The Legal 500 UK. Her PhD focussed on the issue of domestic violence and international parental child abduction, undertaken at the University of Aberdeen and funded by the Elphinstone Scholarship. During the course of her PhD, her research findings and policy recommendations were submitted to The Hague Expert Working Group on the Guide to Good Practice on Article 13(1) b) of the 1980 Hague Convention on the Civil Aspects of International Child Abduction. One of her key recommendations focused on judicial authorities and their interpretation and application of Article 13(1) b) in cases involving allegations of domestic violence.